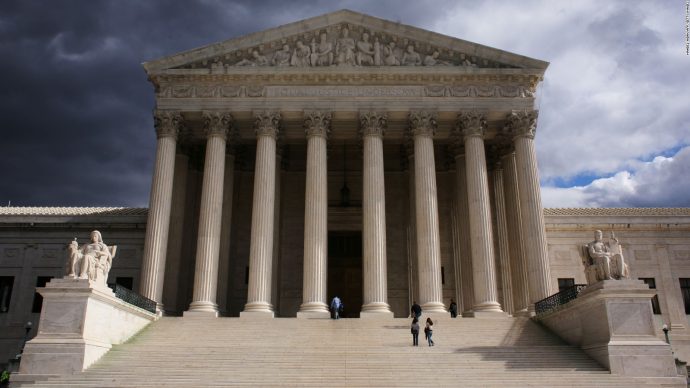 CNN: Trump Could Bring a Different Kind of Diversity to the Supreme Court

President-elect Donald Trump is making one thing clear about the Supreme Court: He wants to do more than just solidify the conservative bent on the bench.

As he considers a list of nominees to succeed the late Justice Antonin Scalia, Trump is looking for a kind of diversity the current court lacks.

The potential nominees all have sterling judicial conservative credentials. But the current list represents something else — a nod to judges from “flyover” states, an appreciation for non-Ivy League schools and even a dash of political experience. Many on Trump’s list wore different hats before donning their judicial robes. And some have personal stories that could attract the President-elect.

In the coming weeks, Trump will likely sit down with candidates whose judicial paper trail will elevate them to the top tier. Here’s what’s different about Trump’s list, who offer geographic diversity different from the current court majority who have worn out the Acela Corridor.

The ‘revenge’ of the flyover states

Texas Sen. Ted Cruz told an audience of judicial conservatives last month that the election represented the “revenge of flyover country.” So might Trump’s list.

The current Supreme Court consists of four justices from the Northeast: Justices Elena Kagan, Sonia Sotomayor, Ruth Bader Ginsburg and Samuel Alito. Chief Justice John Roberts grew up in the Midwest but his professional life has centered on Washington. Justice Stephen Breyer was born on the West Coast but has spent many years in his home in Boston.

Trump’s list is geographically diverse, including names from Michigan, Wisconsin, Missouri and Minnesota. At an appearance at the University of Arizona last August, Justice Elena Kagan noted the issue of geographic diversity and the fact that many justices come from the “non square states.”

“There are ways in which the court is not right now a particularly diverse institution, ” she said. “More than gender, or race or ethnicity, it really does have to do with this kind of coastal perspective” she said and noted that most of the Court has spent their lives in DC, New York and Boston.

“Those who haven’t, chances are it’s because they’ve lived in California,” she quipped. She was quick to say that it didn’t mean that the justices have all had the same experiences, but there “is a lack of geographic diversity” that she said might not impact how a case is decided, but more how the court is perceived.

Besides geographic diversity, Trump might seek a candidate that brings a strong personal story to the court.

Last month, Judge Thomas Hardiman appeared in Washington to moderate a complicated panel concerning labor and employment law for the conservative Federalist Society. He told the panel he might have to channel his prior taxi driving experience to address the subject. Indeed, before he was appointed as a judge at 37 years old, Hardiman drove a cab to earn funds. He was the first child in his family to attend college. Now 51, he could be a lasting legacy for Trump. Think about the fact that Justice Clarence Thomas just celebrated his 25th year on the bench and the man who nominated him, George H.W. Bush, has been out of the political arena for decades.

Judge Rayond Gruender of the 8th Circuit has a different kind of story. Long before he took the bench, he suffered an unbelievably violent attack at the hands of his father. According to local news stories, Gruender’s father shot him in the stomach during a family dispute before taking his own life in 1986. “The ordeal led to Gruender’s significant involvement with a non-profit organization that assists victims of domestic violence” according to the Minnesota Bar Association.

Justice Sonia Sotomayor — the court’s first Latina and third female — is often asked about the importance of diversity, and her answer is about more than race or gender.

“Diversity of life experiences, I believe, are the most important part of what you want to look at with justices,” she said at the University of Wisconsin Law School in September. “The more diversity in its professional experience and life’s experience that people have the more fulsome the conversation will be about the law.”

A candidate who would certainly bring a different type of experience to the court is Margaret Ryan.

Ryan is a former active duty marine, including serving as an aide de camp to the Commandant of the Marine Corps. Ryan has more conventional credentials as well, as a former clerk to Justice Clarence Thomas and is serving on the U.S. Court of Appeals for the Armed Forces. But how many nominees have served in both Operations Desert Shield and Desert Storm?

Nan Aron, of the liberal Alliance for Justice, has lashed out at the list saying to reflects a radical-right” ideology. Unlike Trump who could stress diversity on the list she points to potential nominees who “threaten fundamental rights” and favor “the powerful and privileged” over every day American.”

When Justice Sandra Day O’Connor left the court she took with her the experience of elected politics. Mike Lee could change that. Sure, he’s been a clerk to Justice Samuel Alito, twice, but more important he’s the junior senator from Utah.

Judge Steve Colloton has worn many hats including a stint working as an Associate Independent Counsel for the Office of Kenneth Starr from 1994-1996.

Justice Diane Sykes has never worked in politics, but she did spend some time as a journalist.

Supreme Court justices tend to hire clerks from the Ivy League and they have all attended elite schools.
Trump’s list is largely devoid of those candidates.

Amul Thapar, a district court judge for the Eastern District of Kentucky, is from Michigan and went to Boston College and UC Berkeley. Thapar was the first South Asian American to be named to an Article III federal judgeship.

Ivy League schools need not feel slighted. For example, Neil Gorsuch attended Columbia and Harvard, and then topped it off with a stint at Oxford. But he might have slipped in because he’s considered a champion of Scalia’s judicial philosophy of originalism. 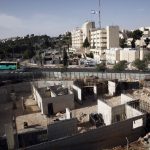 Rush Limbaugh: My Predictions for the DNC
4 years ago   1 comment 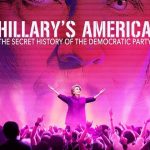 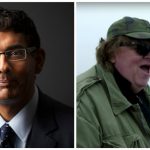 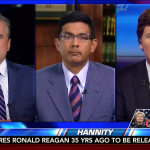