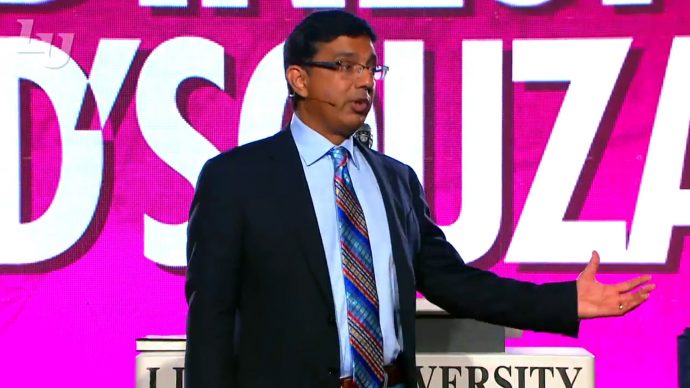 Originally posted at the BizPac Review by Scott Morefield.

Conservative documentary filmmaker and best-selling author Dinesh D’Souza spoke at Liberty University’s Convocation over the weekend and, while much of his presentation dealt with the subject matter of his new book What’s So Great About Christianity, he also had a powerful message to Christians who are considering withholding their vote from the Republican nominee in November.

The author posted the speech to his Facebook Page on Tuesday and it had already received well over 2 million views by the end of the day.

D’Souza spoke of the distinct difference between intentions and consequences, saying that while a Christian might act out of pure intentions, those actions could result in terrible consequences.

Turning to the topic of the presidential race, D’Souza made it clear who those who choose not to vote for Donald Trump are supporting.

“You need to know that a vote for Hillary Clinton is a vote to swing the balance of the Supreme Court, virtually irrevocably, against us. A vote for Hillary Clinton is a vote to not only permit, but bring in federal subsidies for abortion. A vote for Hillary is a vote to put religious freedom, already precarious, into a much more endangered position, because the checks and balances of what would normally block the government are themselves being eroded. And you are voting for a regime in which justice becomes increasingly discretionary, as I saw terrifyingly in my own case,” D’Souza said, referring to his own persecution and conviction for the seemingly minor crime of violating arcane campaign finance laws to help a friend running for office.

D’Souza contends that our previously “balanced” American system of government will permanently shift the other way, “creating a very different America for everyone, especially evangelical Christians.”

“We’ve seen the latest WikiLeaks emails,” he said. “In them, you see the kind of bigotry that the Democrats will indulge in privately against evangelicals, against Catholics. When you listen to it, you ask yourself this question: ‘Will they ever say that about a Muslim?’ Never.

“So, there is a selective prejudice in our society. It’s already there. It’s already in the culture. But to import to the highest level of politics—it’s one thing if it happens anyway and we fought it and we lost, but for us to collaborate with them? To make it easy, to make it happen? This is why the English phrase was invented, ‘Askin’ for it.’ For us to do that, in my opinion, is to ask for it.”

To close his speech, D’Souza told students that he didn’t want to tell them what to do, only to use their critical thinking skills. “I urge you to think critically. I urge you to weigh the options. I ask you think about the American Dream, handed down to us from generation to generation, and ask what can you do preserve, protect, and defend that dream. In the immortal words of the ’60s—I’ll close with that saying from the 1960s, ‘If not now, when? If not us, who?’”

It was a powerful message, one that any Christian considering withholding their vote from Donald Trump should watch and consider.

Not planning to vote this November? You might want to watch this first. @LibertyU #HillarysAmerica pic.twitter.com/81DjQhAPee

Trump: Democrats Are The Party Of Slavery, Segregation, & Oppression
4 years ago   0 comments 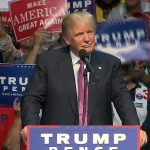 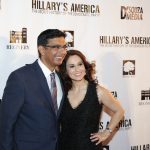 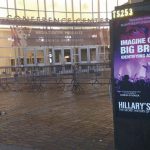 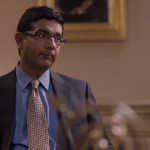