“I begin to look at the Democratic Party and Progressivism not just as a movement of ideas but as a movement to seize wealth and power — to get its hands on the wealth of America and exercise power over other people’s lives in the same way a criminal gang does,” said D’Souza.

“We’re telling the story of American politics in a way that shows many of the crimes of the Democratic party, of Obama and Hillary, are rooted in things this party has been doing to American and to poor people for a long time,” he added.

He also said he would like to release the film the weekend of the Democratic convention.

The entire interview can be heard here: 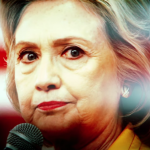 VIDEO: D’Souza Says The Clintons Have a History of Racial Insensitivity, Not Trump
4 years ago   10 comments 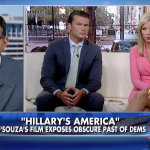 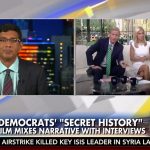 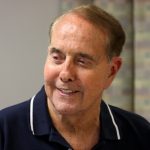